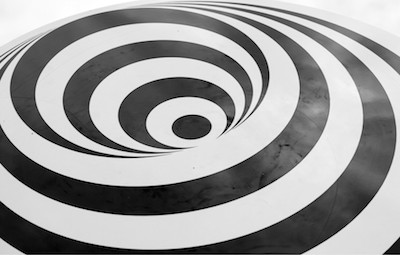 Perception. This word has been on my mind since I had a soul-stirring conversation with Slikour at an event recently. From a distance, I’ve always admired how Slik went about the business of transitioning from being an artist to being a businessman and a voice of reason and authority, a movement of sorts.

It was a crispy Thursday evening when we found ourselves at a larny boutique hotel, with a breathtaking view, for a little shindig amongst entrepreneurs from different industries. It was there amongst the canapés, the bubbles, and Slikour’s cold Coke, where we started sharing our thoughts about the state of entrepreneurship and, more particularly, the impact that oppression and access to opportunity has had on our generation as a black people.

I argued that it’s very difficult to preach a message that encourages one to look beyond their circumstances and strive to be whatever they want to be and to reach their truest potential, when their circumstances are so dire. My argument was based on Maslow’s Hierarchy of Needs, mainly because I believe that the above mindset is more likely to be achieved once one’s basic needs; that is their need for food, water, warmth, rest, security, and safety; are realised.

Don’t get me wrong, my argument was not saying that it is totally impossible to rise above one’s circumstances and achieve the kind of mindset most game-changers and entrepreneurs have, just that it is easier to encourage young people to tap into their potential; that is, the self-fulfillment needs, which Maslow coins as the level of self-actualisation; once the other needs preceding that level, more especially the basic needs, are in place to a degree that is satisfactory to the individual.

(Don’t worry, I’m getting to the Perception part, I just had to set the scene.)

So, I then made the point that it is also challenging to preach patience in success and building something you believe in to a generation that is suckling on “instant gratification formula”. A generation that wants to achieve, let’s say Slikour status, but they want it to happen NOW. Today. Tomorrow. Certainly not in a decade’s time! And certainly not in the time that Slikour has taken to go from a ntwana just rapping in the streets of Leondale to a businessman who started his platform SlikourOnLife with nothing but his knowledge and a vision, and today has a team who call him ‘Boss’ and who depend on his skill & his daily leadership for their livelihood.

I continued that in my venturing to start my small businesses and get some of my concepts off the ground, I have to some extent been the young person I described above. To be clear though, my perception of what it takes to start something new, to build towards a vision, to be a boss, that is not jaded. I know that building a vision takes time, I also know that you have to start somewhere but my perception of what that ‘starting point’ has to look like and feel like for me, now that is where my “she been sipping on some of that Y-Gen-millennial-instant-gratification-formula” symptoms have been showing themselves. That is what has been tripping me up lately.

To loosely illustrate, my perception is: I want to start off with 1 000 juicy Pink Lady® apples, not 200 Golden Delicious ones.

(For the purposes of understanding the above metaphoric juxtapose: When it comes to my palate, Golden Delicious apples are ok but they have a bit of a sharp, sour taste I don’t particularly enjoy. Pink Lady® apples on the other hand, I LOVE!)

Chill, I’m getting to the point. THIS is where Slikour’s insightful views on Perception came in. Whilst I don’t remember the conversation verbatim, I do remember the gist of it.

Slikour shared his views on how oppression of the mind as individuals and more so as black people has always been our poison. We’re so busy trying to take the little we currently have from each other and pulling one another down, instead of coming together and building one another and in turn building our businesses and visions. He added that we perceive that the success of a black boss is just for him – and that’s a fair opinion in light of how some black people in power have been all about themselves and their inner circle. However, there is a new crop of young black people in business who are more than just bosses, they are leaders who are not only building their visions and businesses but they are also moulding and pulling up those beside them and behind them. Slik continued to add that if your employees perceive that they are just employees and not part-owners of your vision, then that is all they will ever be and you’ll never tap into a.) their highest potential and b.) the truest value that they can contribute to your business and vision.

As the event wound down and it was time to head home, I shared my “Y-Gen-millennial-instant-gratification-formula” sipping ways with Slik and how they have impacted my perceptions of what I want my starting point to look like. As we walked towards our cars, it happened. Slikour dropped bars on me that I won’t forget anytime soon!

(To be clear, they weren’t actually bars, bars, you know…like…ja, you get my point.)

You’re too caught up in the perception of what others and, more importantly, what you will say about yourself if it doesn’t work out.

And with that, I said to him, you know what: THIS is what I came to this event for today. THIS conversation right here, THIS message right here, THIS was God’s intention for my being at this particular place today. And we went our separate ways.

Between you and I, writing my first blog for my new site was challenging. I struggled to start because I had no idea what I wanted to share about that would not end up being a misconstrued headline by some publication or other because #PERCEPTION!!! (Plus also #fearofhavingmywordstwistedandbeingmadeaboutsomethingtheyareactuallyNOTabout! ?) Aaanyway, I hope the read was eye-opening, or thought-stirring or soul-shaking or all of the above! 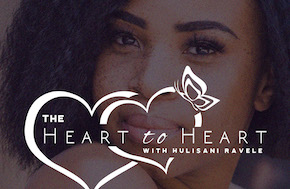 HERE’S TO BEING BOLD & COURAGEOUS! 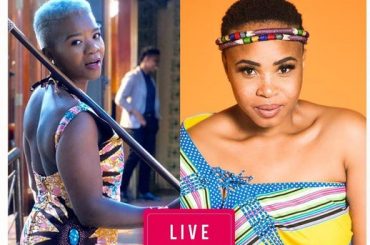 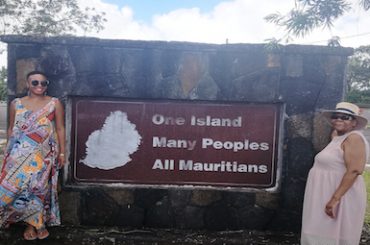 A TRIP TO MAURITIUS WITH DI MAMZO